The best damn waste of time!

The Good: The characters are well developed and the squad has good chemistry. Margot Robbie and Will Smith carry the heavy load as expected, but everyone gets their moments. Margot steals the show if maybe a little over the top at some times. Amanda Waller is well written and acted. The humor is on point. The movie didn't drag on. It was pretty enjoyable.

The Bad: The Joker was underwhelming. I came in with an open mind accepting a new take on the Joker and not expecting it to match Heath Ledger's performance. Unfortunately, Leto gives us the worst version of the Joker we have seen on screen. He wasn't intimidating, he wasn't suave, he wasn't a gangster and there is zero chemistry with Harley Quinn. It's a shame.
Captain Flagg was also a poorly written character. As the "leader" of the squad he doesn't carry the necessary gravitas. I get that they were trying to make him an outsider and almost a common enemy for the rest of the squad, but he just comes across as pathetic.

Zootopia: Fun and charming enough for a Pixar movie. Also there's lots of room for whatever subtext you want interpret, but they shy away from. 3.5 out of 5 Lemming Bros accounts. Also if the movie wasn't dark enough for you, you can pretend this deleted scene still is in the movie.

Jason Bourne: A return to form after the last one was pretty bleh. It does get a bit formulaic as in go to a city, exposition, action, repeat a few times. They bring up a lot of topical topics but never really dive in to them, but it serves to give a relevant and timely feel if not directly making statements about them. Bourne gets a few more answers so that moves us forward in the whole scheme of things. 4 out of 5 "stuff we're gonna break during this scene" budget line items

Sisters: If Tina Fey and Amy Poehler being cute at each other sounds like fun to you than here you go. Otherwise I got 3 mild chuckles out of the whole thing. Someone wrote a bland script and gave it to them and was like OK go be funny. 2 out of 5 don't cares

Central Intelligence: The Rock and Kevin Hart being silly together is more fun. Good for a few laughs. 3 out of 5 people's elbows
Shawn
Total posts: 1347
8/14/2016 8:36 AM
Saw Jason Bourne last night. It seemed like they made up a pretty thin plot and then put a bunch of mostly unnecessary action sequences together. One pet peeve I have in movies is when they wreck half a city and no one seems to notice all the innocent bystanders that would have been killed in reality. I give it 2 out of 5.
Drew
Total posts: 5057
12/26/2016 11:42 PM
hey look remember where we were talking about china in movies? 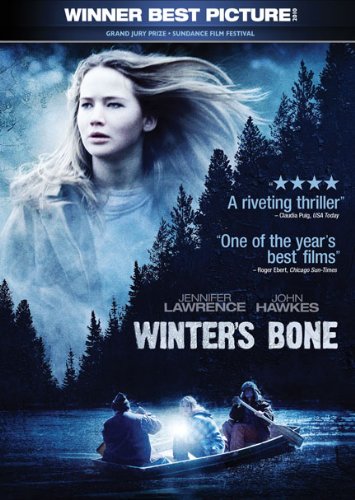 My favorite part: "Each frame is a 16-bit color Tif or DPX file that weighs in at nearly 100 MB. Therefore each complete film requires 21 TB of storage."

HA
Drew
Total posts: 5057
1/15/2018 10:48 AM
Spoiler free review: The Last Jedi - The plot developments don't really pull you in.There were some nice looking action sequences. The dialog included way to much plot explanation [we have to.., if we don't..., to recap so far... (ok that last one is exaggeration)]. Rey cries too much. You'd think a junkyard orphan would keep that under wraps. There's no reason for her to be good with a light saber. In the original trilogy Luke gets a little Yoda training, but really he's never that good which is reasonable. 2.5 out of 5 adorable BBQ dinners.

Drew
Total posts: 5057
2/5/2018 9:15 AM
I was thinking more about star wars and how most of the plot points just get thrown aside. Like if you skip to any point in the movie and look at what the characters are doing, it's probably not going to have mattered in a half hour. SPOILERS The mutiny, the disabling the hyperspace detector, the jedi boot camp, anything fin is doing, killing snoke, luke vs kylo, none of that has any impact or consequence and they just move on

Are you sure you want to delete this item?
Yes No
Fill the form out, fool!
Choose File
Upload Cancel